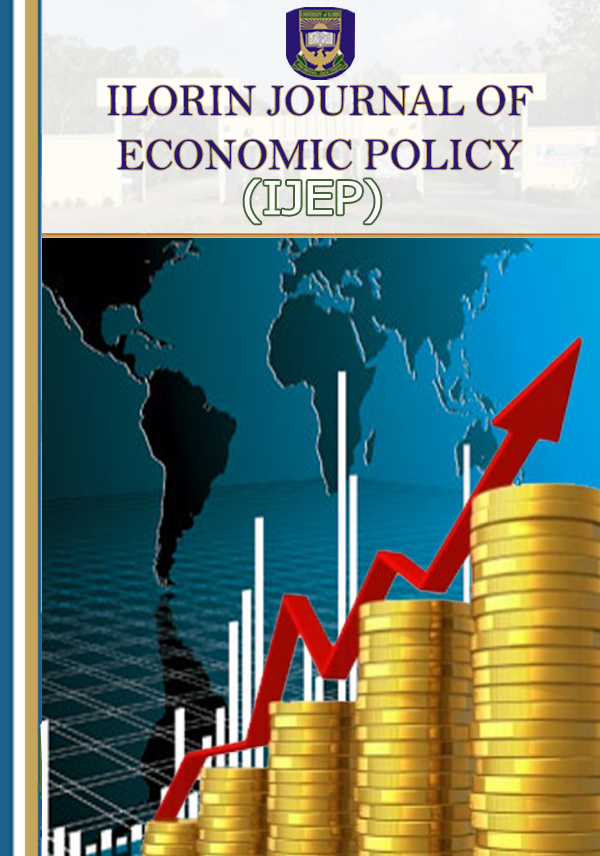 EFFECTS OF INCOME SHOCK ON CONSUMPTION AMONG PUBLIC WORKERS IN SOUTHWEST NIGERIA: EVIDENCE FROM THE 2016-2018 ECONOMIC CRISIS

*Correspondence Author’s E-mail: This email address is being protected from spambots. You need JavaScript enabled to view it.

Theoretically, consumption is linked to income; when shock impinges on income, consumption is likely to be impacted. This paper investigates the severity of income shock in Southwest Nigeria. It also examines consumption response to income shock and identifies various coping strategies among the people during the shock. Primary data using self-administered questionnaires and focus group discussions collected from three selected states—Ekiti, Ondo and Osun were used. The sample population consists of workers on the payroll of the state governments during the period. Both descriptive and OLS methods were employed to achieve the set objectives. The finding shows that total consumption declines across the states and irrespective of the income group. The result also indicates that 89 per cent, 81 per cent and 94 per cent of the people were greatly affected in Ekiti, Ondo and Osun state respectively. Assistance from relatives and friends, self-adjustment, cutting of expenses and farming were among the coping strategies adopted during the shock. Personal savings was insignificant as a coping strategy against income shock due to the low saving habit of the people before the shock, thus violating the standard theories of consumption. The study, therefore, concludes that the unexpected and untimely nature of the income shock makes the workers vulnerable to a decline in consumption with negative impacts on their health.

EFFECTS OF INCOME SHOCK ON CONSUMPTION AMONG PUBLIC WORKERS IN SOUTHWEST NIGERIA...